An exhibition exploring how Le Corbusier's painting studio informed and inspired his architecture. Revital Cohen shows a video installation exploring the biological design of exotic goldfish in Japan. MAK looks at contemporary art production in Istanbul against the backdrop of growing globalisation. Scandinavian design comes under the microscope in Copenhagen's fashion week. The Design Museum opens up its permanent collection in anticipation of its move to Kensington. Design Museum celebrates its th anniversary with an exhibition of Japanese textile art.

A nice chance to see Formafantasma's project exploring unusual leathers. Artist Blue Firth creates a site-specific installation exploring art and architecture's capacity to tamper with the functions of spaces. An educational exhibition exploring the development of a "design mind". Tanja Smeets displays four installations mixing ceramics with everyday objects like spoons and coffee cups. Celebrating the 10th anniversary of its architectural programme, La Villa Noailles invites ten architects to reflect on the past, present and future.

This touring exhibition of the work of designer Richard Hollis arrives in Paris. A collection of the jewellery designer Petra Zimmermann's "jewellery in jewellery". The first retrospective on the great American architect Louis Khan for more than two decades. The MET examines the predecessors to Modernism, and the centuries old battle between decoration and restraint in art and design. MoMA opens its collection to emphasise design's role as an agent for helping society adapt to change. The high-tech architect reflects on his career and legacy in conversation with the architecture critic Paul Finch.

Rotterdam hosts an exhibition of crafts from the Middle Ages to present times. The first solo exhibition of the 19th-century architect Henri Labrouste opens in New York. An exhibition exploring unorthodox proposals for contemporary art and design museums. MAK's exhibition examines the lasting impact of Adolf Loos' architecture on the past century.

The design duo David Grocott and Bridget Dwyer exhibit chairs evidencing their backgrounds in fashion and antique furniture. The Mango Fashion Awards are open to students and recent graduates of fashion design under the age of It is a great opportunity to kick-start a career in fashion. International design galleries descend on Dubai for three days of exhibitions and trade.

New York's MAD turns its eye towards manufacturing trends in contemporary woodwork. The Design Museum's annual celebration of design, digital, architecture and fashion gets underway. The first international retrospective of David Bowie provides an insight into the singer's lasting influence on fashion. A display of site-specific artwork around Copenhagen, hosted in a former swimming baths and a rococo hospital.

MoMA stages an exhibition exploring designers' representations of the human hand. Another chance to see Christian Marclay's Golden Lion winning video installation about time. A celebration and critique of Los Angeles urban expansion in the 20th Century. An exhibition exploring the conversion of Arsenal football club's old Highbury stadium into a housing development.


A photography exhibition shot by Kenyan schoolchildren, I am Standing in the Place where I Live explores public and private space. Christopher Farr collaborates with artists and designers on a collection of textile rugs. Roger Arquer and Simon Hasan are among the designers included in the Aram Gallery's exhibition series about design processes. First shown in Istanbul, Adhocracy explores the growing acceptance of individuality and imperfection in designed products. The results of the European Architectural Photography Prize are announced, while the award's ten year jubilee exhibition is also held at DAM.

An exhibition probing the foundations of digital architecture at the end of the s and the beginning of the s. The Met's Costume Institution focuses on the relationship between Punk attitudes and couture's made-to-measure ethos. An exhibition exploring the cross-pollination of artists and architects in Los Angeles during the s. The Crafts Council celebrates the 10th anniversary of Collect, an exhibition devoted to contemporary objects.

Design critic Alice Rawsthorn leads this conversation with design historian and curator Emily King. An exhibition focused on driving along Beverly Boulevard from Normandie to Virgil, this exhibition examines the car windshield as a prism for understanding the built city. Dutch and Brazilian artists and designers show work created while living in an atelier in Museu da Casa Brasileira, Brazil.

Somerset House delves into the history of the iconic fashion photographer Erwin Blumenfeld. The Austrian designer and architect Josef Hoffmann and his influence on designer Friedrich Kiesler is the focus of this exhibition. The graduation collections from the Royal College of Art's mens and womenswear MA students go on display.

An overview of contemporary Nordic Architecture, first shown at the Venice Biennale. Werner Aisslinger creates a "home of the future" for this annual architecture, interiors and design festival. Digital textile design and printing in fashion are examined in this exhibition. A look at the future of architecture through 60 models submitted from roughly 40 countries. An exhibition exploring the emergence of an alternative global architecture press. The fashion designer Orsola de Castro stages an exhibition exploring sustainable design. Zaha Hadid speaks at the Vitra campus and introduces a site-specific installation at the Fire Station building she created.

A two day conference examining how fashion impacts on flirtation and sensuousness. Featured in Disegno No.

Burberry are among the new brands to show at London's men's fashion week. Ron Arad returns to the museum he designed with an exhibition that will explore the transition between the physical and digital. Light and space artist James Turrell creates a light installation in the Guggenheim's rotunda. The first in a new exhibition series focused on the border between fashion, design, textile design and art. An exhibition examining how cultural institutes are now the primary drivers for urban planning.

Artists explore our connections to society and the urban environment in a series of hypothetical installations. A supporting programme about food and design will be organised by Disegno. A UK premiere for a film exploring the famed s countercultural settlement Drop City. Urban-Think Tank shows an updated version of its Golden Lion-winning Torre David installation, an exploration of Caracas' famous "vertical slum".

The Second part of The Aram Gallery's show on process and prototypes arrives. An architectural festival in Romania exploring the interdependence of urban environment and personal identity. Disegno's final Design Picnic sees DesignMarketo lead a workshop on ice sculpting. An exhibition exploring the constraining factors on LA architecture through a series of never constructed proposals.

Workshops, seminars and site visits in Utah's forests see designers join with scientists and activists to explore the way we interact with our forests. Celebrating 20 years of the Hugo brand, the Saatchi Gallery stages an exhibition featuring works from the like of the Dutch designer Bart Hess.

The porcelain work of German designer Barbara Schmidt is examined in this exhibition.


Makers display a selection of custom-designed bikes in this celebration of the bicycle in Warsaw. Julien Carratero presents Contrast, a metal lighting collection exploring the properties of alloys. Norwegian designers Amy Hunting and Oscar Narud show their collection of mirrors. The 19 Greek Street gallery hosts an exhibition teasing out the barriers between art and design. Tord Boontje continues his research into magnetic fields with a series of cast resin slabs. Bethan Laura Wood displays the lighting range she developed in Mexico earlier this year.

The third edition of Design Exquis, a design game of Exquisite Corpse, debuts. Jasper Morrison's annual exhibition transforms his studio's shop into a library. Kvadrat celebrates the release of a new book about the company with an exhibition at its showroom. 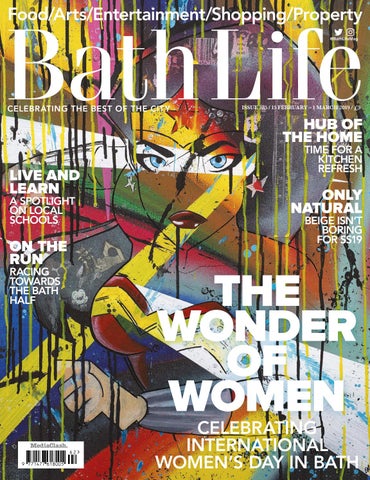 Architecture and urban planning's influence on climate change is examined in Helsinki.